Getting Started with Video Conferencing 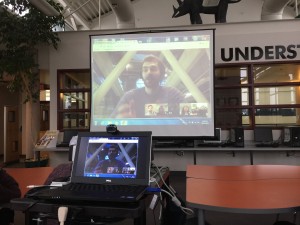 I am fortunate enough to have several friends in technology-related careers that are willing to give 30 mins of their time to speak to my IT classes. I recently hosted a panel discussion on “becoming a programmer” for Computer Science Education Week with people from Electronic Arts, Slack, Vancouver Children’s Hospital and a digital effects company.

Finding a guest speaker can be tricky if you don’t have a lot of contacts. Skype in the Classroom looks to be the best way to find global guest speakers who are interested in speaking to students. Doing a quick search on the Skype website for speakers in my timezone, I found several tech-related speakers with Microsoft, Skype and other well known companies.

I’ve also been curious to see if I can reach out to anyone through Twitter. There are lots of great discussions happening in educational hashtags in my PLN and it would be interesting to have video “pen pals” at another school.

It is important to have an agreed upon lesson plan in advance. When my friends agreed to speak to my class, we decided to have a round-table discussion followed by a Q&A. I was able to forward the questions to them in advance so they had time to think about some answers. This also gave them a chance to tell me if there were any taboo questions or simply things he couldn’t discuss (non-disclosure agreements and that sort of thing).

Because a video feed of the classroom is being transmitted over the internet, it is important to have your students complete a Media Consent form, signed by their parents. In high school, they sign this form when they are admitted. If a student in your class does not have media consent by parents, it is simple enough to have them sit outside of the camera’s field of view so they can still be part of the experience.

Checklist For Your First Video Conference

Adapted from Getting Started with Skype in the Classroom

4 Ways to Use Video Conferencing

Edudemic suggests for ways to use Google Hangouts (or Skype)

I think that bringing in guest speakers is the most interesting option but some teachers might find the other ideas useful. 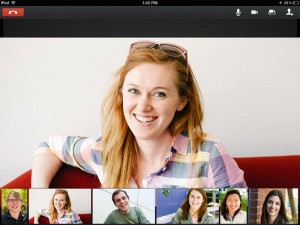 Google Hangouts and Skype are the two major services that people use for video conferences. Lets compare them in a few key areas: 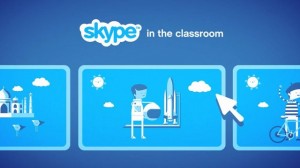 Google Hangouts is available to anyone with a Google account and can run directly through a web browser such as Google Chrome (it may require the installation of a web plugin). It is also possible to screen cast the video directly to a YouTube account. Skype requires downloading and installing the Skype client.

Note: Google Hangouts and Skype both have iOS apps so video conferencing is possible through an iPad.

Both Google Hangouts and Skype allow up to 10 people to connect to a call. Google Hangouts allows you to generate an “invitation link” to send to participants. Skype requires that you have added contacts to your address book before inviting them to a call.

My Recommendation: For ease-of-use and for inviting guest speakers that I know personally, Google Hangouts is my choice. I am however interested in testing out Skype in the Classroom and Skype allows teachers to sign up for a free ad-free account.